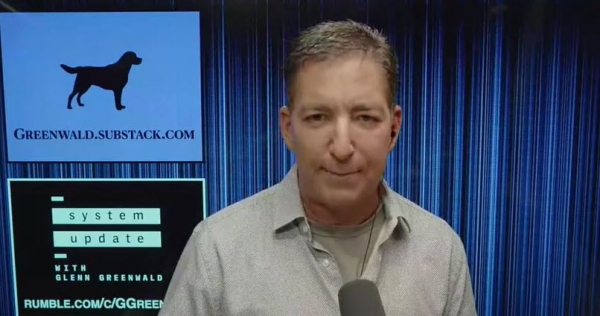 rumble.com | Glenn Greenwald.  Glenn discusses the Rittenhouse trial and realted political and media distortions and misconduct and hits on a key insight on the motivation of the politicians and media that disregarded all the facts in this case which is to criminalize any belief or ideology but their own.  These people throw political and ideoloigal lables on people that don't agree with them (racist, white supremicist, domestic terrorist) in an effort to crmininalize any believe system or person that disagrees with them.  That's why these people are dangerous.  They WILL put you and your family/friends in prision if you disagree with them and you give them the power to do so.

They want the blood of this eighteen year old...his head on a pike...because they perceive that he represents an ideology that they dislike that they now actually want to be criminalized....the crime is an ideological and political one.   The prime villian here is the corporate media...it is the corporate media that created this narrative...even though it had no basis in truth from the start..The media racialized it on purpose...they wanted this...they provoked this by lying about this case from the start.  Incredibly inflamatory and violent media narrative that was driven by their obsession with racializing the United States and tearing apart the citizenry based on race.

More in this category: « Kyle Rittenhouse Found Not Guilty
Login to post comments