rumble.com | Dan Bongino.  The vaccine mandate tyrants are about to make a move on your kids. In this episode Dan addresses the controversy along with the explosive developments in the Kyle Rittenhouse case 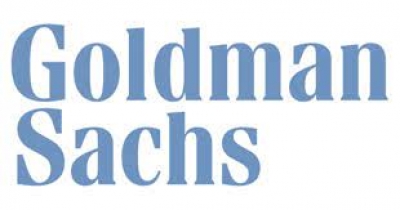 www.GaltReport.com | This Goldman Sach's report examines the drivers behind gene therapy, genetically-engineered cell therapy and gene editing.  Goldman sees a $5 trillion market for genone medicine.  The report also makes interesting & disturbing comments on the potential for "one short" cures vs the more financially lucrative chronic therapies (search "one shor" in the document).

france24.com | A study in England has strengthened evidence from Scandinavia that a vaccine used to prevent pandemic flu boosted the risk of sleep disorder among teens and children, doctors said on Tuesday.

Using the Pandemrix vaccine increased the risk of narcolepsy among people aged four to 18 by a factor of 14 compared to those who did not get the jab, they said.

The risk in absolute terms was between one in 52,000 people and one in 57,000, but this figure may be an over-estimate, according to the study published by the British Medical Journal (BMJ).

Narcolepsy is a chronic disorder of the nervous system that causes excessive drowsiness, often causing people to fall asleep uncontrollably.

pakalertpress.com |  1. There is no scientific study to determine whether vaccines have really prevented diseases. Rather disease graphs show vaccines have been introduced at the end of epidemics when the disease was already in its last stages. In case of Small Pox the vaccine actually caused a great spurt in the incidence of disease before public outcry led to its withdrawal.

2. There are no long-term studies on vaccine safety. Very short-term tests are carried out where the vaccinated subjects are checked against another group who are given another vaccine. Technically the tests should be carried out against a non-vaccinated group. No one really knows what protocols are followed at such industry based or industry sponsored trials.

Is this the future?  Will we all be forced to undergo medical procedures that we don't want in order to keep our jobs?

wlwt.com | One of Cincinnati’s largest employers fired approximately 150 employees Wednesday for failing to get a required flu shot.

TriHealth offered all of its 10,800 employees free flu shots. Employees had a month to get the flu shot. The deadline was Nov. 16. Employees who did not get the shot were terminated Wednesday, a company spokesperson said.

Employees who were terminated can appeal to be reinstated after receiving the shot.

NaturalNews.com |  If vaccines play absolutely no role in the development of childhood autism, a claim made by many medical authorities today, then why are some of the most popular vaccines commonly administered to children demonstrably causing autism in animal primates? This is the question many people are now asking after a recent study conducted by scientists at the University of Pittsburgh (UP) in Pennsylvania revealed that many of the infant monkeys given standard doses of childhood vaccines as part of the new research developed autism symptoms.

NaturalNews.com | While the medical, pharmaceutical, and vaccine industries are busy pushing new vaccines for practically every condition under the sun, a new study published in the journal Immunity completely deconstructs the entire vaccination theory. It turns out that the body's natural immune systems, comprised of both innate and adaptive components, work together to ward off disease without the need for antibody-producing vaccines.

Infowars.com | It is a common myth today that the vaccines administered to children no longer contain the toxic additive thimerosal, a mercury-based preservative linked to causing permanent neurological damage. But a recent federal case involving the U.S.Food and Drug Administration(FDA) has revealed that, contrary to this widely-held belief, thimerosal is actually still present in many batch vaccines, including in the annual influenza vaccine that is now administered to children as young as six months old.

Filed by a citizen-backed coalition advocating vaccine safety, the lawsuit against the FDA alleged that the agency’s continued endorsement and approval of thimerosal as a vaccine additive is a serious public health threat, especially since safer alternatives already exist and are widely used voluntarily by many vaccine manufacturers. But Judge Brett Kavanaugh, siding with antiquated pseudoscience, decided that thimerosal is not a health threat, and that those who wish to avoid it can simply choose thimerosal-free alternatives.