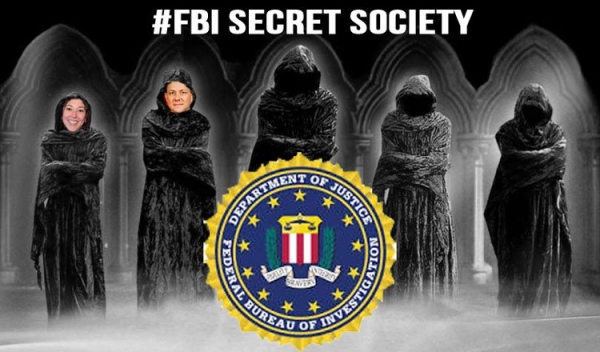 TruePundit.com | Investigators for Congress and veteran intelligence professionals have uncovered a "secret society" of government employees who have been working to bring down the President of the United States, according to True Pundit's Congressional and federal law enforcement sources.  This "secret society" has the power to investigate people and take them down.

True Pundit is reporting that the members of this "Secret Society" include:

Reportedly, FBI Deputy Director Andrew McCabe is at the heart of the FBI group, allegedly participating in or approving the offsite gatherings.