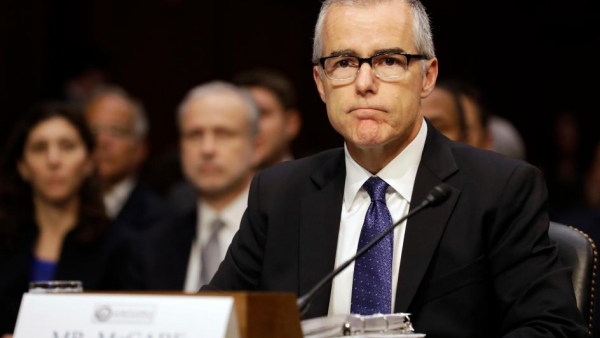 nbcnews.com | Pete Williams | Attorney General Jeff Sessions late Friday night accepted the recommendation that former FBI Deputy Director Andrew McCabe, who took the reins of the agency during the turbulent days after the abrupt firing of James Comey, be terminated — two days before he was to retire and become eligible for full pension benefits.

Though McCabe — who has been attacked by President Donald Trump — stepped down as deputy director in late January, he remained on the federal payroll, planning to retire on Sunday. The firing places his federal pension in jeopardy.

More in this category: « FBI sources: "The People You Are Working For Are Worse Than The Criminals" FBI Fires "Creepy" Peter Strzok »
Login to post comments