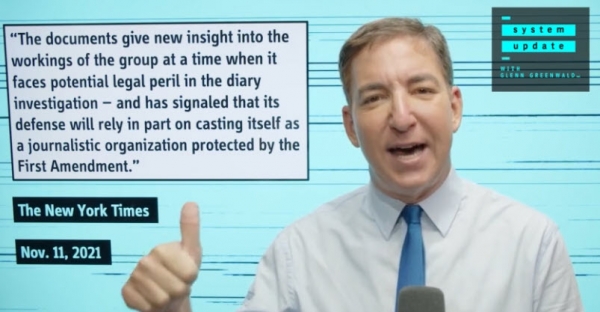 the history of the clause does not suggest that the authors contemplated a "special" or "institutional" privilege...most pre-First Amendment commentators "who empoyed the term'freedom of speech' with great frequency, used it synonymously with freedom of the press."  Those interpreting the Press Clause as extending protection only to, or creating a special role for, the "institutional press" must either (a) assert such an intention on the part of the Framers for which no supporting evidence is available...; (b) argue that events after 1791 somehow operated to "constitutionalize" this interpretation...; or (c) candidily acknowledge the absence of historical support, suggest that the intent of the Framers is not important today...The second fundamental difficulty with interpreting the Presss Clause as conferring special status on a limited group is one of definition...The very task of including some entities within the "institutional press" while excluding others, whether undertaken by legislatur, court, or adminsitrative agency, is reminiscent of the abhorred licensing system or Tudor and Stuart England-a system the First Amendment was intended to ban from this country...In short, the First Amendment does not "belong" to any definable category of persons or entities: It belongs to all who exercise its freedoms. -  former chief justice warren berger, Apr. 26, 1978