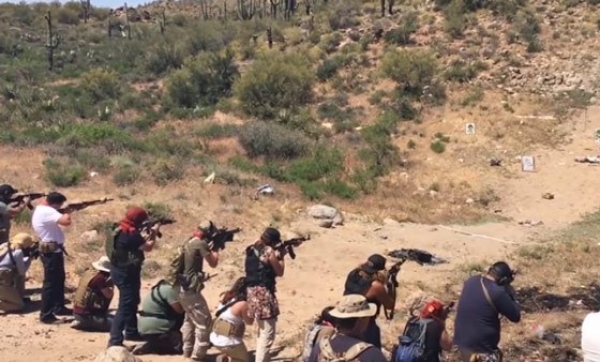 shtfplan.com | Following the Berkeley protests last month, where numerous Anti-Fa(scist) activists complained of getting a beatdown after they attempted to intimidate peacefully assembling Trump supporters, we learned that the left-leaning organizations are taking their organization efforts to the next level.

Among other things, they have called for more combat training, better equipment, and even guns in an effort to scare those who disagree with their message of forced tolerance, equal rights and inclusion.