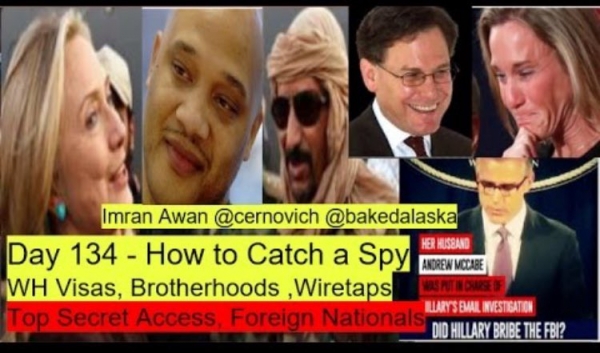 medium.com | @panegron | #TrishTheDish |  In what has ostensibly become the largest crowd-sourced investigation in history, accidental journalist George Webb is leading the charge in an ongoing project that ties together the people, places and events of endemic corruption across federal, state and local agencies in his 4-month-old YouTube investigative series.

Now boasting more than 40K Subscribers with an estimated 2M views, the series is perfectly illustrative of the shifting paradigm in modern day news coverage. And while citizen journalism certainly isn’t a new phenomenon, never before have individuals had a platform with such expansive reach whereby their work can be shared, vetted and further developed in real time. Almost as important is that these individuals who were once defamed, harassed and isolated into silence now have vast online communities to support them, validate and refine their work, and provide a venue for exposing the penalties harshly visited upon those who dare defy the Establishment by speaking out.