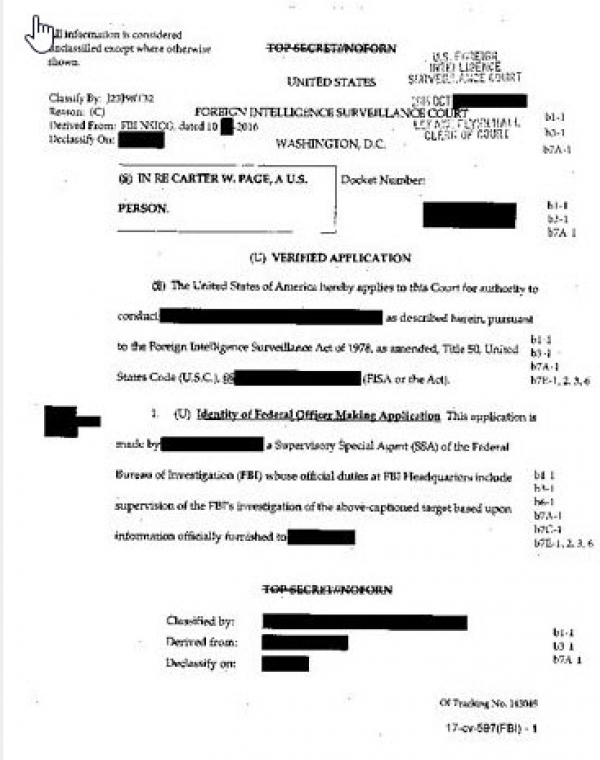 Though heavilly redacted, the documents appear to confirm that the FISA court was never told that the justification for the warrants came from the now infamous "dossier" created by Fusion GPS and paid for by an agent of the Clinton campaign and the Democratic National Committee.  The initial Carter Page warrant was granted just weeks prior to the 2016 election.

The documents are part of a February 2018 Judical Watch Freedom Of Information (FOIA) lawsuit. The lawsuit is seeking:

Copies of all proposed and all final signed FISA applications submitted to the FISC relating to Russian interference in the 2016 election, allegations of collusion between people associated with the Trump campaign and Russia, and any known Trump associates regardless of context;

President Trump wasted no time in congratulating Judicial Watch and calling attention to the findings: 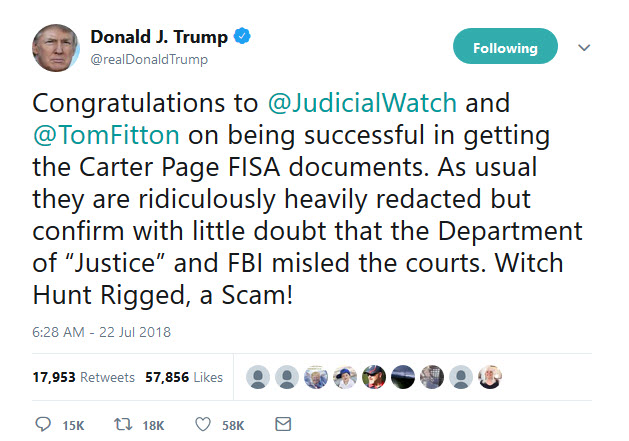 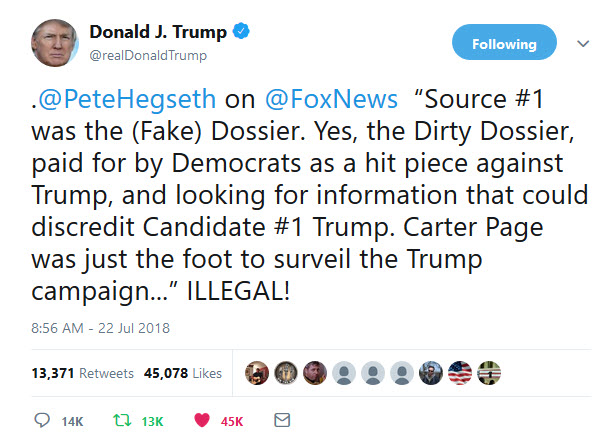 More in this category: « Clinton Emails Sent to "Foreign Entity" Did DOJ/FBI Raid The Clinton Foundation? »
Login to post comments