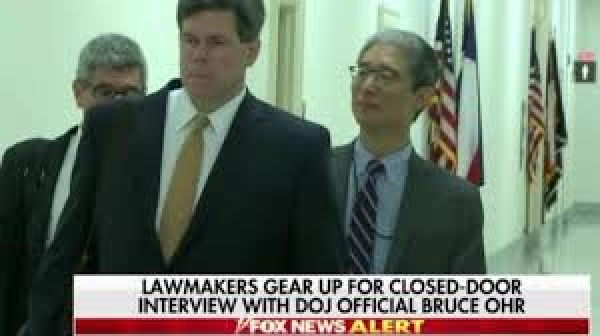 Ohr stated during his hours-long testimony that the FBI failed to disclose this pertinent information to the nation’s secret Foreign Intelligence Surveillance Court (FISC) when it sought an application to spy on Page. The FBI also failed to disclose that when it sought the application, it was using senior Justice Department official, Bruce Ohr as a cut-out for a source the bureau had terminated.

More in this category: « They All Knew… Pelosi, Feinstein, Schumer, Ryan, McConnell, Schiff & More DOD Whistleblower on FBI Russia Probe: “It was all a Set-up” »
Login to post comments