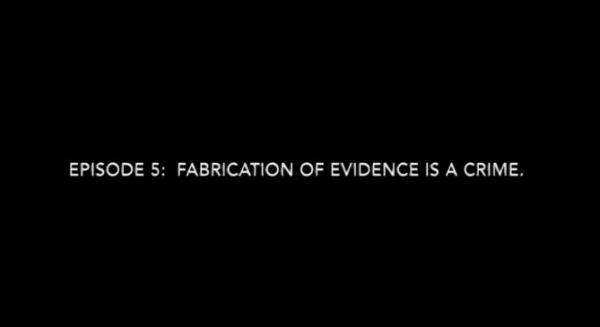 YouTube.com | John E. Hoover | In our most damning episode yet, John Cullen and the team take a close look at what most likely happened in room 32-135 the night of October 1st, 2017 and ask, "Did the LVMPD falsify evidence?"

Certainly a bold claim, John Cullen remains steadfast in his insistence that the attack was perpetrated from the air primarily, but does not rule out ground-based shooters, particulary in light of the 911 calls released re: the Bellagio. With damning 911 call evidence that the although the aerial assault was over by 10:17 pm, there were still shooters on the ground.

John Cullen has questioned whether ANY shots were fired from 32-135 at all, and now we have the answer.

Las Vegas Shooting Collaboration continues with Shepard Ambellas of Intellihub and John Cullen coming together again to attempt to get closer to the truth of what happened on October 1st at the Harvest Festival.

Huge tip of the hat to Momo Lo who posted the image back on October 7th.

Thank you again to Tony Merkel for his broadcast of Episode 62 featuring Clarissa, Dave and Annette.

We have put forth enough evidence to warrant further investigation by the free press, if one still exists. Why do we not see CNN, CBS News, NBC News, ABC News, the NY Times or Washington Post digging in and asking the tough questions?

If this video doesn't spark the mainstream media to re-launch the investigation into the Las Vegas Shooting, they should be ashamed of themselves..

As the Media / Press has given up on investigating the Las Vegas Shooting altogether, independent journalists are all the survivors and victim's families have to bridge their current situation with an understanding of the true events of that night, and who to hold responsible, ultimately, for this travesty.

It's time for answers. It's time serious questions are asked. It's time to arrest co-conspirators if this incredible evidence conclusion is correct.

The deception from the LVMPD needs to be exposed.

This is a research and analysis of video and audio clips from the Las Vegas Shooting. What are the implications?

This analysis is not news. This video is an educational research project developed on a historical open discussion venue.