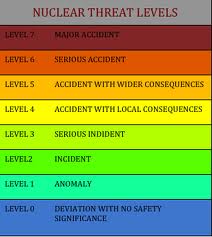 AP | Japan raised the crisis level at its crippled nuclear plant Tuesday to a severity on par with the 1986 Chernobyl disaster, citing high overall radiation leaks that have contaminated the air, tap water, vegetables and seawater.

Japanese nuclear regulators said they raised the rating from 5 to 7 - the highest level on an international scale of nuclear accidents overseen by the International Atomic Energy Agency - after new assessments of radiation leaks from the Fukushima Dai-ichi plant since it was disabled by the March 11 tsunami. 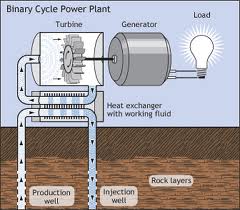 Foxnews | Geothermal energy is essentially free heat that comes from under your feet, and according to the annual report by the Geothermal Energy Association, the United States is using more of it.

"Very basically, it's heat from the Earth that's caused by radioactive decay, volcanism, all that hot source from the center of the Earth," says John Lund, Principal Engineer of the Geothermal Program for the National Renewable Energy Laboratory.

In a recent statement on this renewable energy source, the GEA wrote, "In 2011, the geothermal industry is producing clean power in nine states and developing projects across 15 states... with the total number of geothermal projects... increasing 12%." Additionally, the generation of geothermal energy in the U.S. is enough to power over two million homes.

NYTimes | United States government engineers sent to help with the crisis in Japan are warning that the troubled nuclear plant there is facing a wide array of fresh threats that could persist indefinitely, and that in some cases are expected to increase as a result of the very measures being taken to keep the plant stable, according to a confidential assessment prepared by the Nuclear Regulatory Commission.

Among the new threats that were cited in the assessment, dated March 26, are the mounting stresses placed on the containment structures as they fill with radioactive cooling water, making them more vulnerable to rupture in one of the aftershocks rattling the site after the earthquake and tsunami of March 11. The document also cites the possibility of explosions inside the containment structures due to the release of hydrogen and oxygen from seawater pumped into the reactors, and offers new details on how semimolten fuel rods and salt buildup are impeding the flow of fresh water meant to cool the nuclear cores. 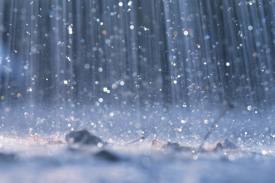 Baycitizen | "We have accelerated our precipitation and drinking water sampling and expect to have results in the coming days," EPA spokesman Brendan Gilfillan said in a statement.

The EPA’s tardy response to widespread alarm about radiation in rain and the air has been sharply criticized by Daniel Hirsch, a nuclear policy lecturer at the University of California, Santa Cruz.

"It’s troubling that the EPA has to date not provided any precipitation data of its own, while measurements that have been made by states and others across the country are indicating somewhat surprising elevations of iodine-131,” Hirsch said Friday.

As shown in the graph below, published by UC Berkeley, Iodine-131 peaked at 20.1 becquerels per liter, a measure of radioactivity, on the roof of Etcheverry Hall during heavy rains a week ago. The federal maximum level of iodine-131 allowed in drinking water is 0.111 becquerels per liter.

CNN | If a serious nuclear accident were to happen in the United States, would we be able to evacuate to safety? That question now appears more than academic and all too realistic as the Japanese try to limit the release of deadly radiation from the crippled Fukushima Daiichi nuclear plant.

The chances of a severe accident are extremely remote, according to the U.S. Nuclear Regulatory Commission, but in light of the Japanese accident, the possibility must be considered. 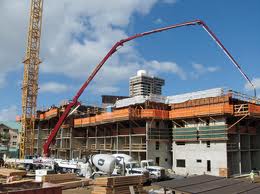 Augusta Chronical | The world's largest concrete pump, deployed at the construction site of the U.S. government's $4.86 billion mixed oxide fuel plant at Savannah River Site, is being moved to Japan in a series of emergency measures to help stabilize the Fukushima reactors. "The bottom line is, the Japanese need this particular unit worse than we do, so we're giving it up," said Jerry Ashmore, whose company, Augusta-based Ashmore Concrete Contractors, Inc., is the concrete supplier for the MOX facility.

The 190,000-pound pump, made by German-based Putzmeister has a 70-meter boom and can be controlled remotely, making it suitable for use in the unpredictable and highly radioactive environment of the doomed nuclear reactors in Japan, he said.