www.oathkeepers.org | We cannot force ourselves or our protection on people who do not want it.   Dwight and Steven Hammond have made it clear, through their attorney, that they just want to turn themselves in and serve out their sentence. And that clear statement of their intent should be the end of the discussion on this.  No patriot group or individual has the right or the authority to force an armed stand off on this family, or around them, against their wishes.  You cannot help someone who does not want your help, and who are not willing and ready to take a hard stand themselves. 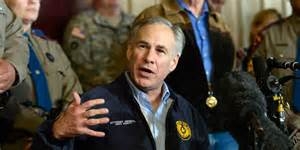 www.dailymail.co.uk | Texas Gov Greg Abbott criticized President Barack Obama's plan to move ahead with possible executive actions on guns in a tweet in which he told the Commander-in-Chief to 'come & take' the state's guns.
Obama said in his weekly radio address that he is looking for ways to keep guns out of the hands of 'a dangerous few' without depending on Congress to pass a law on the fraught subject of gun control.
He plans to meet his attorney general, Loretta Lynch, on Monday to see what executive actions might be possible. Steps to strengthen background checks could come this week.
At a rally in Biloxi, Mississippi, tonight Donald Trump also pledged to undo any action Obama takes on gun control if he wins the next election. 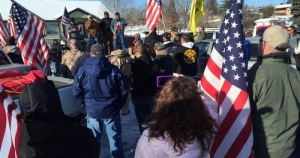 www.infowars.com | Nevada rancher Cliven Bundy’s three sons and “about 150” militiamen have occupied the Malheur National Wildlife Refuge HQ to protest the pending imprisonment of two Oregon ranchers accused of arson, arguing the federal government has no authority in local cases.

“We’re going to be freeing these lands up, and getting ranchers back to ranching, getting the loggers back to logging, getting the miners back to mining where they could do it under the protection of the people and not be afraid of this tyranny that’s been set upon them,” Ammon Bundy, who appears to be the leader of the group, said in a Facebook video posted by Sarah Dee Spurlock on Saturday.