There’s nothing like a glass of cool, clear water to quench one’s thirst. But the next time you or your child reaches for one, you might want to question whether that water is in fact, too toxic to drink. If your water is fluoridated, the answer may well be yes.

Infowars.com | Recently there has been a new victory in the ongoing, undermanned, and heavily justified war on water fluoridation in the southwest United States. The city of Albuquerque, New Mexico has made the auspicious decision to effectively end all artificial water fluoridation within the city’s water supply.

It was reported first by local news authority, KOB news channel 4, earlier this month that the city, in order to save money and consequently save the over half million local population from the many detrimental effects of fluoride in the water supply, had removed the addition entirely.

Though many residents are concerned about the potential for increased amount of tooth decay (which fluoride has been shown to be ineffective against), this is a major victory for the nation of people convinced that the hazardous bi-product of fertilizer is an unhealthful, worthless toxin. Many of the citizens, however, do not realize that the fluoride in the water supply isn’t even what actually benefits the genesis of our bone structure.

Infowars.com | Dedicated and passionate Truthers use their spirit and numbers to enlighten the Denver Water Board about the dangers of FLUORIDE. Though levels are being dropped around the country, WACC will endeavor with dedication to have it totally removed from the Public Water Supply in Colorado. 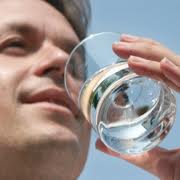 MNN | How polluted is U.S. drinking water? Water supplies in the United States are safer than they used to be, but plenty of old and new dangers still lurk beneath the surface.  U.S. tap water is some of the cleanest on Earth, generally safe from the microbes and chemicals that have plagued humans' water supplies for millennia. While much of the planet relies on paltry, polluted drinking water, Americans can fill a glass without fear of cryptosporidium, chromium or chlordane. 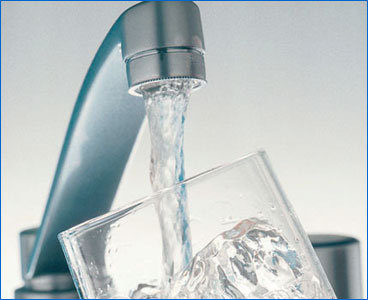 PrisonPlanet.tv | Dr. Paul Connett, Professor of Chemistry at St. Lawrence University in New York, gives a damning interview on the history of water fluoridation, the collusion of major industries to put certified toxic waste into your drinking water, and why government health authorities refuse to conduct scientific studies into the dangers of fluoridation. After watching this video, you will never look at tap water the same way again.

Business Week | The U.S. Department of Health and Human Services and the U.S. Environmental Protection Agency are recommending that the amount of fluoride in the nation's drinking water should now be set at the lowest recommended level.    They are recommending that flouride levels in drinking water be set at 0.7 milligrams per liter of water rather than the current recommended range of 0.7 - 1.2 milligrams.