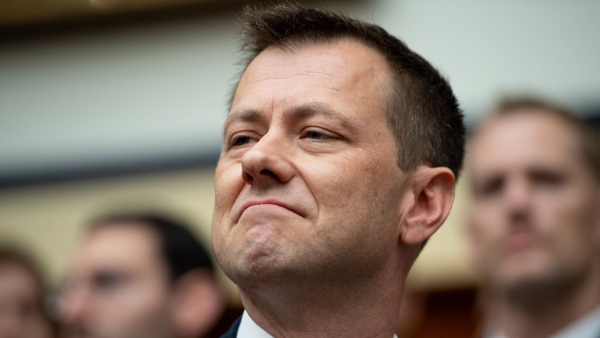 Who can forget Peter Strzok's creepy testimony/performance before the joint hearing of the House Judiciary & Oversight and Government Reform committees:

According to a report from Sara Carter at SaraaCarter.com the FBI stated:

OPR reviewed the investigative materials, as well as the written and oral responses of Mr. Strzok and his counsel, and issued OPR’s decision,” an FBI spokesperson said. “The Deputy Director, as the senior career FBI official, has the delegated authority to review and modify any disciplinary findings and/or penalty as deemed necessary in the best interest of the FBI.

It almost makes me ashamed when I tell people I was an FBI agent…it grieves me to see what it’s become.

President Trump wasted no-time in commenting on Strzok's firing and calling for the Clinton email investigation to be re-done: