Infowars.com | Earlier this week, Department of Homeland Security boss Janet Napolitano traveled to Arlington, Texas, where the Super Bowl will be held to shill the government’s recently unveiled “If You See Something, Say Something” propaganda campaign. 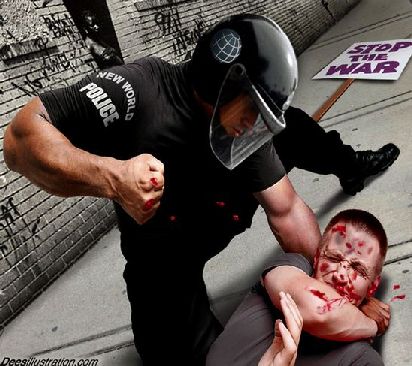 Infowars.com | Police in the US now rival criminals, and exceed terrorists, as the greatest threat to the American public. Rogelio Serrato is the latest case to be in the news of an innocent person murdered by the police. Serrato was the wrong man, but the Monterey County, California, SWAT team killed the 31-year old father of four and left the family home a charred ruin.

Infowars.com | The TSA has announced its intention to expand the VIPR program to include roadside inspections of commercial vehicles, setting up a network of internal checkpoints and rolling out security procedures already active in airports, bus terminals and subway stations to roads and highways across the United States.

Theage.com.au | As Egypt's government attempts to crackdown on street protests by shutting down internet and mobile phone services, the US is preparing to reintroduce a bill that could be used to shut down the internet.

PrisonPlanet.com | Residents of Discovery Bay, California will be the first in the country to be officially denied the right to use cash to pay for public services, in a move that echoes the Department of Homeland Security’s drive to depict those who use physical money as potential terrorists.

CNN | A program that allows airports to replace government screeners with private screeners is being brought to a standstill, just a month after the Transportation Security Administration said it was "neutral" on the program. 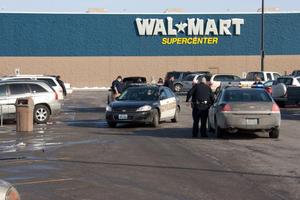 Kirksville Daily Express | A report of an armed man acting erratically in the Wal-Mart parking lot Wednesday led to the store being temporarily locked down before Kirksville Police responded to and diffused the situation with no injuries.

Infowars.com | New York Republican Peter King has introduced a bill that would protect the army of citizen spies Homeland Security hopes to recruit under Janet Napolitano’s “See Something, Say Something” snoop campaign from lawsuits brought by innocent people wrongly accused of being terrorists or extremists.

“A top US lawmaker unveiled legislation on Wednesday to protect individuals who tip off authorities to potential extremist threats from lawsuits, in the event that they turn out to finger innocents,”reports AFP.