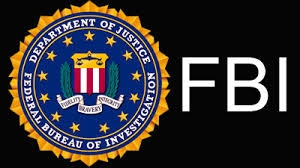 www.OregonLive.com |  An FBI agent has been indicted on federal accusations that he lied about firing at Robert "LaVoy" Finicum last year as police arrested the leaders of the Malheur National Wildlife Refuge occupation.

Footage from a camera in Lavoy Finicum's truck when he was stopped and ultimately shot by Oregon State Police.

The following artcle by Jason Van Tatenhove appeared at oathkeepers.org:

www.oathkeepers.org | A few weeks ago, I was asked by the Oath Keepers to go to Burns, Oregon. They needed another media crew there to help determine the feel of local residents concerning the occupation of the Malheur Wildlife Refuge.

I am an Oath Keeper and a journalist. I know there had been wildly alternating reports coming out of Burns, and I, like everyone else, wanted the true story. I was happy to go.

One of the first things I learned upon my arrival in Burns was that the Oath Keepers had had a presence there since before January 2016. Not attempting to make headlines, the Oath Keepers provided security when needed and contributed to mediation between varying groups.

Documenting events and advising when asked, the Oath Keepers made a difference in Burns. Hearing these stories made me prouder still to be a part of the organization.

www.oregonlive.com | The occupation of the Malheur National Wildlife Refuge, undertaken 41 days ago, ended Thursday with the peaceful surrender of  four holdouts after an hourlong negotiation with the last protester.

Those taken into custody by the FBI were David Fry, 27, of the Cincinnati area, Jeff Banta, 46, of Elko, Nevada, Sean Anderson, 47, and his wife, Sandy, 48, of Riggins, Idaho. They each face a federal conspiracy charge for their role in the occupation, joining at least 12 others already arraigned on that charge. 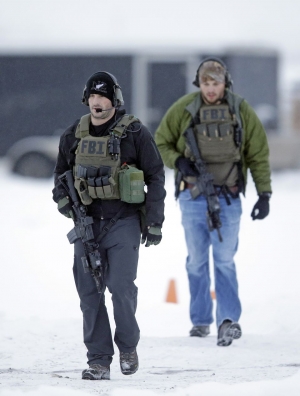 www.oregonlive.com | FBI agents in armored vehicles moved in Wednesday night on the last four occupiers at the Malheur National Wildlife Refuge, hemming them into their rough camp and insisting they put down their guns and surrender.

The occupiers rejected the demands for hours before one of them said they will turn themselves in at a checkpoint once a national religious figure and a Nevada state legislator arrive. It was scheduled for 8 a.m. Thursday, but it wasn't clear if the deal involved all of the four occupiers. 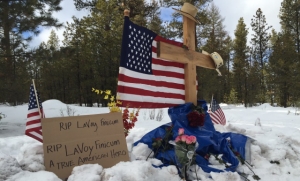 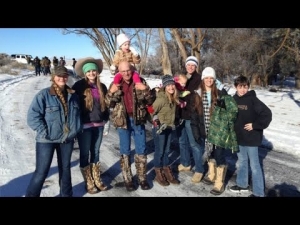 www.oathkeepers.org | We know that there are always at least two sides to every story. We also know and recognize that the FBI and law enforcement agencies involved will do everything in their power to make it appear as if the needless death of our husband, father, grandfather, brother and son, LaVoy Finicum, was justified.
Like almost everyone else, we were not there, so we don’t know exactly what happened. Like most others, we have no choice but to rely on other sources of information. One of those sources of information is the account of Victoria Sharp. Another piece of information is the video recently released by the FBI, along with the FBI’s chosen narrative of what happened. In response to this information, we would like to make a few observations. 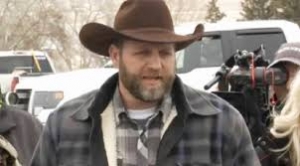 My message still remains. Turn yourselves in and do not use physical force. Use the national platform we have to continue to defend liberty through our constitutional rights in an Article 3 Court with an Article 3 judge.

America must understand where we are at. We must make a choice now between freedom or force. Are we going to live free?

I will not abandon all that we have accomplished in the name of liberty for the sake of my own personal freedom. We must choose the path of liberty which comes with freedom of choice. People must not be okay with what is going on.