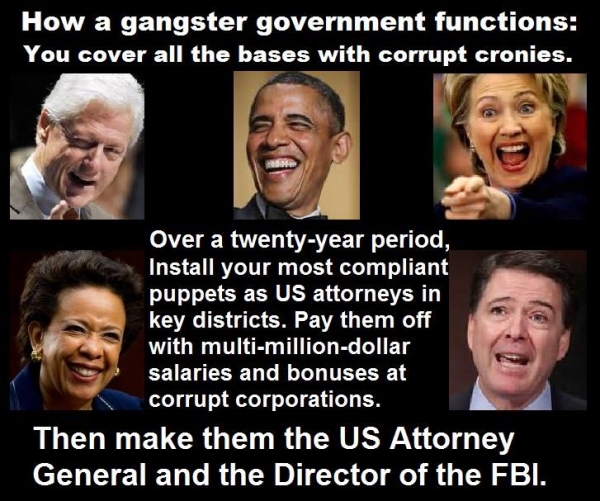 freerepublic.com | How a Gangster Government Functions: The Clinton-Obama-Lynch-Comey Corruptocracy Timeline.

Posted by Matt Bracken at freerepublic.com