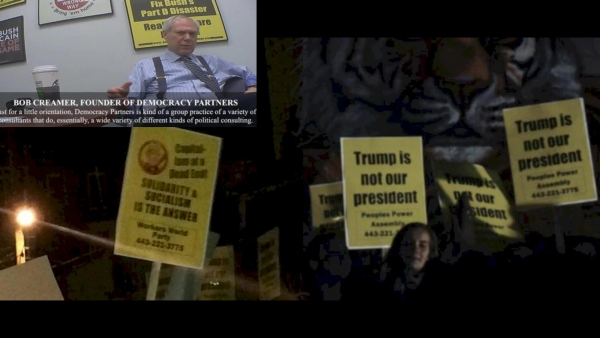 OathKeepers.org | ...In light of the protests and rioting that have transpired since the election, a sober analysis is warranted to determine if these protests are the result of organic grassroots movements, or something much more sinister, sophisticated and dangerous.

Anyone familiar with the Soros Open Society Foundations in Eastern Europe will know that his “democracy-building” projects in Poland and the Ukraine allowed Soros to plunder the wealth of these former communist countries.

During the 2016 presidential cycle, Soros committed $25 million dollars to the 2016 campaign of Hillary Clinton. As a testament to the power wielded by Soros, contained within WikiLeaks’ release of hacked DNC emails, are messages from George Soros to Hillary Clinton while she was U.S. Secretary of State.  These emails clearly reveal Clinton as a Soros puppet.

It is now becoming evident that the protests and riots occurring nationwide are being orchestrated in part by a rouge party of the political elite that is determined to subvert the will of the American people. Inspiring revolution in Poland and again in the Ukraine provided the political elite with the needed funds to initiate a color revolution here in the United States.  The Soros’ methods have been successfully repeated in numerous nations, and the U.S. is next.

Continue to the link below for the full article.

More in this category: « The Traitors: Never Trump List Treasonous Conspiracies Against the Government of the United States of America »
Login to post comments