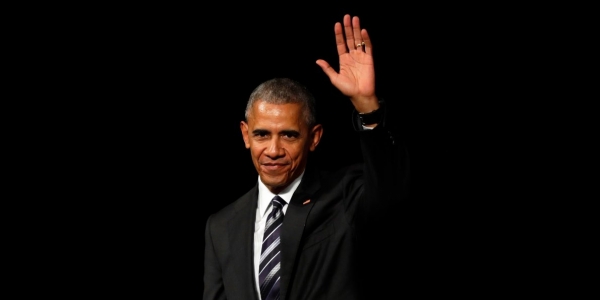 According to the Washington Post, Perkins Coie, was hired by Hillary Clinton's campaign and the Democratic National Committee (DNC) to utilize Fusion GPS in April of 2016 to come up with information to smear then candidate Donald Trump.  Fushion GPS hired a former Britsh spy, Christopher Steele, to compile the now infamous "Trump Dossier" of accusations that Trump and his campaign "colluded" with Russia during the 2016 election.  Most of the claims in the dossier have been refuted and none of the dossier claims have ever been independently verified.  Lawyers for Steele claim that it was never meant to be made public.

While all of these payments were happening, the spouse of a Fusion GPS employee was working directly for Obama in the West Wing of the White House.  Shailagh Murray, a former Washington Post reporter, was a top communications advisor to Obama while the Obama administration's FBI used the information in the dossier to justify surveillance of Trump and his campaign staff.

More in this category: « WSJ Editorial Board Calls on Robert Mueller to Resign from Russia Investigation Sibel Edmonds Exposes the Targeting of General Michael Flynn »
Login to post comments