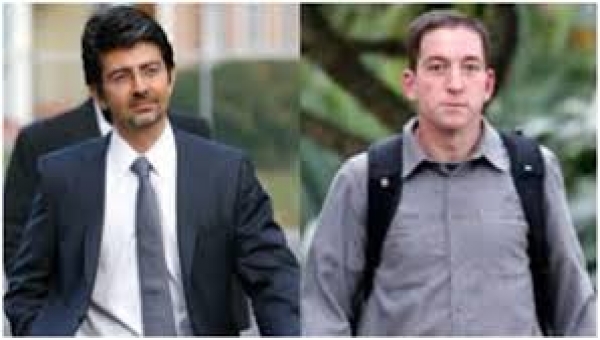 MPN reports that FBI whistleblower Sible Edmonds said that the FPF has a reputation for being a very partisan organization filled with ideologues stating that the reason for the FPF's decision was directly related to Wikileaks release of the DNC leaks and Podesta emails.  According to MPN, Edmonds further stated that the FPF members role is to represent the left and Julian Assange challenged this and questioned why many of the members supported Assange prior to the U.S.presidential election.

MPN reports that publicly available records show Omidyar’s close connections to the U.S. political establishment. For example, MPN notes that Omidyar made more visits to the Obama White House between 2009 and 2013 than did Google’s Eric Schmidt, Facebook’s Mark Zuckerberg or Amazon’s Jeff Bezos and that he donated $30 million to the Clinton global initiative. He directly co-invested with the State Department, funding groups – some of them overtly fascist – that worked to overthrow the Ukraine’s democratically elected government and continues to fund USAID, particularly its overseas program aimed at “advancing U.S. national security interests” abroad.

According to MPN, Sibel Edmonds was among the first to note Omidyar's background upon founding The Intercept's stating that Omidyar "“has been in bed with the CIA and NSA”  and further noted that the documents that The Intercept controls, “contain information about PayPal’s direct partnership not only with the Treasury Department but also the CIA.”

Omidyar has also stated in 2009 that organizations that publish stolen or leak information “should help catch the thief” and shouldn’t publish such information in the first place. This is particularly troubling in light of The Intercept's role in the Reality Winner case.

The Intercept is a continuation of that blockade [of WikiLeaks]. [It] was set up with that purpose. Specifically, it was set up to block true, real information and put forth narrative that has already gotten the approval of special interests including the U.S. government. It made perfect sense for him [Omidyar] to move from that to setting up a news organization and posing as an outlet for investigative reports depending on whistleblowers.”

Great Interview of Whitney Webb by Sibel Edmonds below.