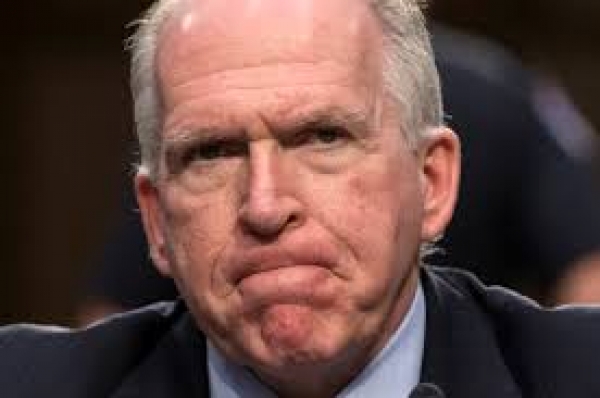 Brennan, Neumayr argues, in an effort to keep his CIA position, worked with British and Estonian spies to "cripple" President Trump's candidacy.  Brennan used  fake intelligence as a justification for enlisting the vast powers and resources of U.S. intelligence and law enforcement agencies to investigate and conduct surveillance on President Trump and his team.

John Brennan’s CIA operated like a branch office of the Hillary campaign, leaking out mentions of this bogus investigation to the press in the hopes of inflicting maximum political damage on Trump. An official in the intelligence community tells TAS that Brennan’s retinue of political radicals didn’t even bother to hide their activism, decorating offices with “Hillary for president cups” and other campaign paraphernalia.

In recent months Brennan has taken to twitter to continue his attacks on the President:

Investigative reporter Sara Carter, is asked by Fox News to respond to Brennan's above tweet:

and more recently, in response to the House Intelligence Committiee Report concluding that there was "No evidence" that the Trump campaign "colluded, coordinated or conspired with Russia" Brennan seems to imply knowledge of future Special Counsel findings to the contrary:

In January of 2017, The Galt Report published an article referencing a report on JihadWatch.org that Brennan converted to Muslim while in Saudi Arabia as reported by FBI agent John Guandolo.

More in this category: « Assault On The Constitution FBI Vault: Jeffrey Epstein »
Login to post comments