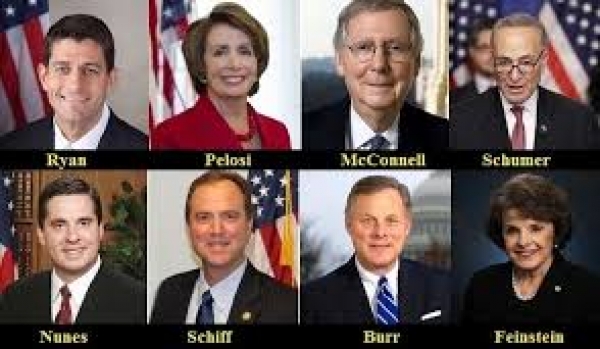 there is no other conclusion to be made than that the Gang of Eight have had access to the complete FISA application since March of 2017.

Despite knowing the contents of the Carter Page FISA application for more than 16 months, (via the March 2017 leak by Senate Intelligence Committee Security Chief James Wolfe to reporter Ali Watkins) the so-called "Gang Of Eight"; Speaker Paul Ryan, Senate Majority Leader Mitch McConnell, Nancy Pelosi, Chuck Schumer, Richard Burr (SSCI Chairman), Mark Warner (SCCI co-Chair) and Adam Schiff, they have engaged in obstruction.  Only Devin Nunes has known about the full contents of the FISA application and has called for President Trump to release the original, unredacted application to the American people.

More in this category: « 2016 Trump Tower Meeting Was Russian/Clinton Setup FBI Knew About Bias Before Getting a FISA On Carter Page »
Login to post comments