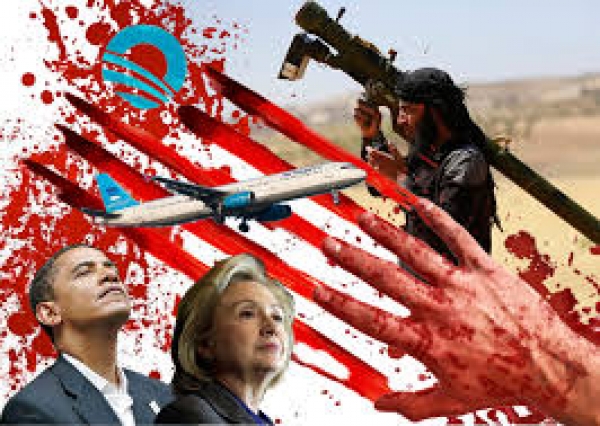 This would seem to contridict public testimony by Clinton in 2013 when Senator Rand Paul asked Clinton whether  the U.S. was involved in the shipping of weapons from libya to any other country.  See exchange and video below:

RAND PAUL: It has been in news reports that ships have been leaving from Libya and they might have weapons. What I would like to know, is the annex that was close by [in Benghazi]. Were they involved with procuring, buying, selling, obtaining weapons, and were any of these weapons being transferred to other countries — to any countries, Turkey included.

HILLARY CLINTON: Senator, you’ll have to direct that question to the agency that ran the annex. I will see what information is available.

HILLARY CLINTON: I do not now. I don’t have any information on that.

More in this category: « Russia Ready to Shoot Down Alliance Jets
Login to post comments
Tweets by galtreport