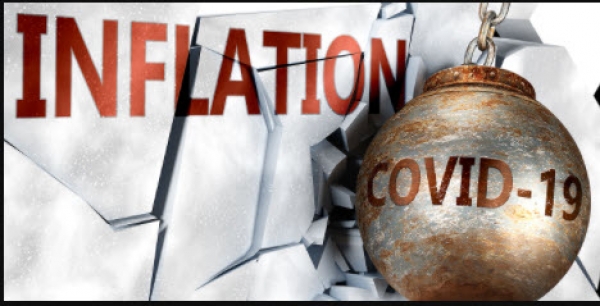 Aier.org | The Federal Reserve responded to the 2020 coronavirus outbreak and lockdowns with an unprecedented expansion of the money supply.  Historically, this type of expansion has often led to high inflation and economic collapse. 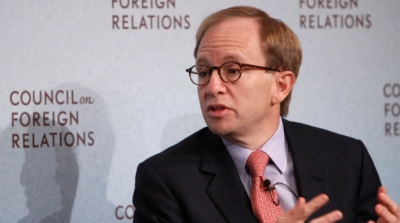 FoxNews.com | Steven Rattner, a former economic adviser for President Obama, blasted the Biden administration in a New York Times guest essay for getting the critical issue of inflation "so wrong". 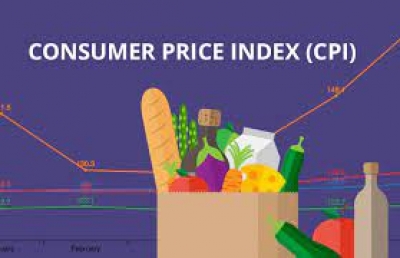 CNBC.com | The consumer price index jumped to 6.2% from a year ago, the most since 1990.  Core inflation increased 4.6%, the fastest since 1991.  Vehicle, entery and shelter costs increasted the most, wiping out wage increases.

www.buchanan.org | Republican hawks are aflutter today over China’s installation of anti-aircraft missiles on Woody Island in the South China Sea.

But do these Republicans, good free-traders all, realize their own indispensable role in converting an indigent China into the mighty and menacing power that seeks to push us out of Asia?

usawatchdog.com | Don’t think the U.S. is immune from trouble. The U.S. is at the center of the black financial hole. So, will the U.S. eventually implode with the rest of the world? Former top Wall Street banker and best-selling author, Nomi Prins says, “Yes, because the U.S. is a trading partner with these countries. We buy and sell products . . . and also, we have an extremely large financial system with tentacles throughout the world.”When it comes to protecting yourself from calamity, Prins says, “Build a stockpile of cash . . . and look at investing in gold as a percentage of disposable investment income.”Join Greg Hunter as he goes One-on-One with best-selling author of “All the Presidents’ Bankers.”

cluborlov.blogspot.mx | Scanning the headlines in the western mainstream press, and then peering behind the one-way mirror to compare that to the actual goings-on, one can't but get the impression that America's propagandists, and all those who follow in their wake, are struggling with all their might to concoct rationales for military action of one sort or another, be it supplying weapons to the largely defunct Ukrainian military, or staging parades of US military hardware and troops in the almost completely Russian town of Narva, in Estonia, a few hundred meters away from the Russian border, or putting US “advisers” in harm's way in parts of Iraq mostly controlled by Islamic militants.

The strenuous efforts to whip up Cold War-like hysteria in the face of an otherwise preoccupied and essentially passive Russia seems out of all proportion to the actual military threat Russia poses. (Yes, volunteers and ammo do filter into Ukraine across the Russian border, but that's about it.) Further south, the efforts to topple the government of Syria by aiding and arming Islamist radicals seem to be backfiring nicely. But that's the pattern, isn't it? What US military involvement in recent memory hasn't resulted in a fiasco? Maybe failure is not just an option, but more of a requirement?

(1 Vote)
Infowars.com | As we look back over the past hundred years, America has experienced the Great Depression, multiple recessions, stagflation and the loss of 99% of the dollarʼs purchasing power - none of it wouldʼve been possible without the Federal Reserve, creating bubbles and bursting them, enslaving us with debt and destroying our purchasing power through inflation.
(1 Vote)

www.wsj.com | I can only say: I'm sorry, America. As a former Federal Reserve official, I was responsible for executing the centerpiece program of the Fed's first plunge into the bond-buying experiment known as quantitative easing. The central bank continues to spin QE as a tool for helping Main Street. But I've come to recognize the program for what it really is: the greatest backdoor Wall Street bailout of all time.

Faber, editor and publisher of The Gloom, Boom & Doom Report, told CNBC on Friday he believes a "massive speculative bubble" has encroached on everything from stocks and bonds to bitcoin and farmland. He attributed the vast bubble to "symptoms of excess liquidity."

Faber said the markets, which have reached record highs, could still rise before the bubble bursts, if stimulus programs such as the Federal Reserve's massive monthly bond purchases and super-low interest rates continue.